How Cellular Memory Effects Us 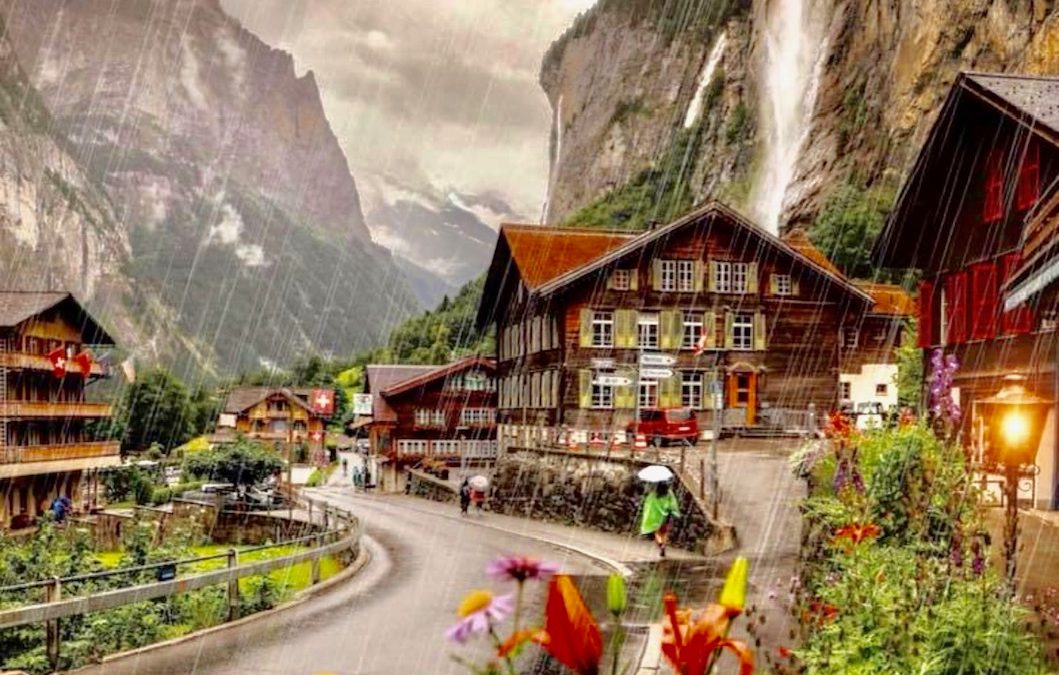 “Cellular memory is explained as the recognition of a memory of an incident, a thing, an event, or experience which is at once felt throughout the body ie the memory at the cellular level.”

Fair warning! I’m writing this blog on an impulse so it may be a bit rambling.

I was scrolling through my Facebook feed today,  a day that had me feeling so low and paralyzed with sadness that I couldn’t even brush my hair! (Long story – another day).

Suddenly on my feed, I see this picture of a Swiss Village and the Alps and instantly I feel a sense of calm and safety. Although fleeting, it was such a sudden visceral flash of feeling that it rocked me and took me by surprise. I had forgotten that feeling, of being safe, secure and protected.

For those of you know me, will know that I spent some of the happiest years of my life in the Swiss Alps in a little village called Bluche. (Featured Below)

I was young, idealistic, life has only just begun …the world held promise …  ‘Les Roches’ the hotel school that I attended, was a safe haven. Up there in the Alps, it felt as if we were isolated, in this idyllic international society of just us 300 in the world.

Switzerland was where I lost my father, met my husband, learnt how to do my own laundry, appreciate wine and spoke broken French. It was also where I had been the happiest and most carefree, as well as the most fearful and lonely (after the loss of my father). It’s where I really ‘grew up’, under those beautiful snowcapped mountains, that stood silently in the background watching me, offering a sense of quiet serenity and security, as I transformed and grew into the person I would finally become.

20 Years Later – A School Reunion!
We returned to Switzerland, all grown up. Life has changed a lot. The sweet boy with whom I had hiked those slops, foraging for mushrooms, was now my husband of 20 years and we had our passports for Canadian.

What really struck me as we drove up to the school from Geneva to Bluche, were those MOUNTAINS!
I had never noticed them before and had even forgotten about them but on that drive being surrounded by the Alps, gave me a sense of calm and a feeling of being protected. It was so palpable I was moved to tears.

Just getting out of the car and looking around, filled me with such a sense of comfort, optimism and calm.

I felt that I had come home agian. Nothing had changed!
Bluche was exactly the same…. perfectly preserved in those mountains, like a time capsule!

The world had moved on and us with it … but it seemed that in Switzerland, I could go back in time and touch my soul and be a girl again!

3 Years Later – Present Day, Canada!
That picture of a Swiss village with those mountains on my feed stirred those deep feelings that I had once again forgotten. Feelings of safety, security, strength and possibility.

Cellular memory is able to evoke such deep and profound emotions. That it is actually healing!

Seeing a picture or smelling a certain smell or even just bringing up the memory of an event or incident can alter your feelings and take you back. I have used it so often in hypnosis sessions with my clients. But this went beyond that.

I mentioned at the beginning, it was not one of my best days – It had been a particularly difficult week, coping with loss and battling feelings of hurt and pain – but suddenly – in a FLASH,
Things changed!
Just seeing those mountains again – I was reminded of how I have coped with loss before, how I have overcome pain and found a reason to smile again, but most important was feeling that same sense of calm and comfort descended upon me and just like that,
I was able to
Get Up, Dress Up & Deal with the day!